How to Add and Watch NFL on Apple TV 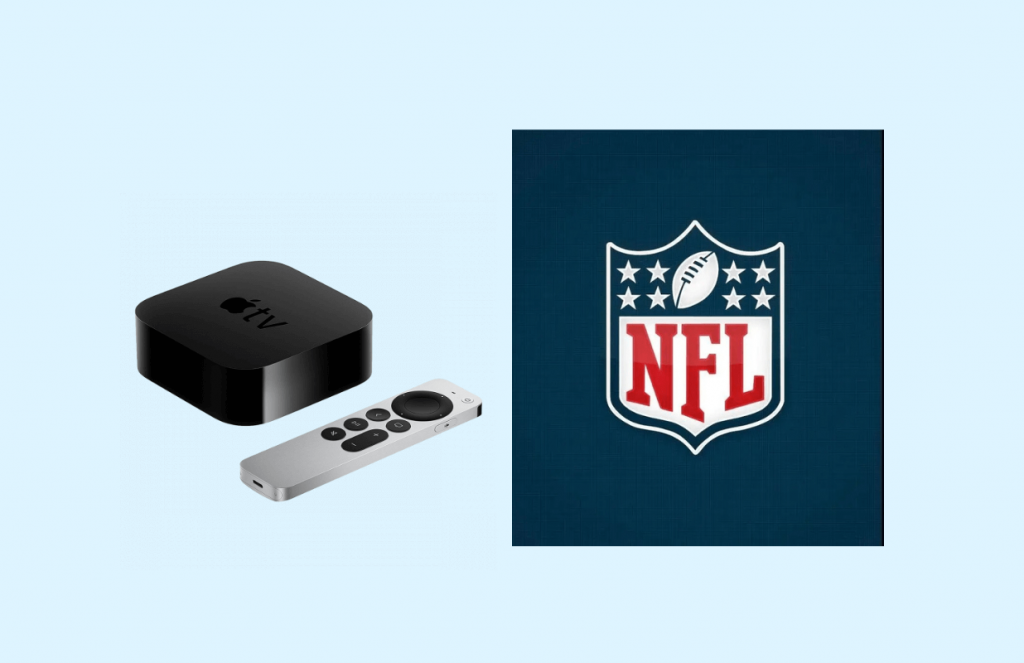 National Football League (NFL) is one of the most famous American football channels. If you are a sports person, then you only need the NFL app on your Apple TV. NFL League has two types of conferences, one National Football Conference (NFC) and the other one American Football Conference (AFC). About 32 teams will play this league in 18-week sessions followed by the Superbowl and Play-offs. NFL was previously known as American Professional American Football Association (APFA) and later rebranded. If you want to add NFL on Apple TV, you can get it from the App Store.

National Football League (NFL) offers two plans for its users. It also offers seven day free trial for the Subscribers. Once the free trial is over, then you can use any plan you wish.

How to Add NFL on Apple TV

National Football League ( NFL) is officially available on Apple App Store. Follow the below steps to download the app on your Apple TV.

1. First, turn on and connect your Apple TV to WIFI or a stable internet connection.

2. Now, navigate to the Apple App Store on your Apple TV home screen.

3. To get the NFL app, tap the Search bar in the top right corner of the screen.

4. Then, type the app name on the virtual keyboard and search for the app on your TV.

5. From the suggestions list, choose the NFL app and tap the Get button to download the app on your Apple TV.

6. Next, enter your Apple ID and password to begin the downloading process of the NFL app on your TV.

7. Once installed, tap the Open button to launch the app.

8. Finally, you can enjoy watching your favorite sports on your Apple TV.

How to Watch NFL on Apple TV Without Cable

You can use any of the streaming services as an alternative ways to stream NFL games.

fuboTV is one of the well-known sports channels that offers various channels like CBS, NBC, FOX, NFL Network, ESPN, ABC, and more. With these channels, you can enjoy watching all types of NFL sports and many live games. Apart from that, it also offers many channels like HGTV, FX, SyFy. A&E, etc. If you decide to watch NFL, get fuboTV on Apple TV from the Apple App Store. It provides seven days free trial for its users, once the free trial is over, you can get the subscription plan to continue using.

CBS on Apple TV is one of the best options to watch the NFL. You can enjoy streaming your favorite sports on various devices like set-top boxes, game consoles, streaming devices, etc. Alternatively, you can navigate the CBS website to watch their content. The CBS channel can be found on various platforms like YouTube, Hulu, Spectrum, TBS, etc. Like other apps, it also offers a free trial, and the subscription cost of this app is $9.99 per month.

YouTube TV is one of the popular apps for watching videos. With this app, you can watch NFL games along with FOX, ABC, CBS, NBC, ESPN, and more. It also offers many contents like news, sports, kids’ channel, etc. Apart from that, it also provides 70 + live channels for the users. YouTube TV on your Apple TV costs $64.99 per month and also offers seven days free trial.

The next option to watch NFL games on Apple TV is the ESPN app. You cannot use this app for free, you need to pay the subscription amount. It costs $9.99 per month and $99.99 per year. You can get the ESPN app on Apple TV from the Apple App Store. It is possible to stream the sports content directly from the ESPN app, or you can use the AirPlay option.

These are the possible and alternative ways to watch or use the National Football League (NFL) on your Apple TV. You can easily download the app by following simple steps. If you want to enjoy watching various sports or live events, you can get a subscription, which is affordable in price.

1. Can you live stream the NFL network?

If you are outside and want to check out the NFL network slate, then you can stream the games through NFL.com, the NFL app, NFL Plus, or NFL’s news streaming service. Remember, you need a cable login or subscription plan to watch the contents.

2. Can you watch live NFL games on Game Pass?

Yes. You can watch live games out-of-market NFL preseason games on NFL Game Pass. But it is not possible to watch the live regular season and postseason games, only the international subscribers of NFL Game Pass can access each live NFL game.

3. How much does the NFL Network app cost?

NFL Network app costs $9.99 per month and $79.99 per year. If you own this subscription, you can watch many games on your TV.

4. How much is the NFL Sunday Ticket on Apple TV?

5. Can I stream any NFL games for free?

You can use the Yahoo Sports app to stream the NFL games for free.

How to Pair Magic Keyboard with iPad [Possible Ways]

How to Set Up and Use Touch ID on Macbook Air

How to Get the Best Routes with Citymapper on Apple Watch

How to Connect Your AirPods to Apple TV

How to Get Facebook Messenger on Apple Watch [2 Ways]

How to Pair Magic Keyboard with iPad [Possible Ways]

How to Set Up and Use Touch ID on Macbook Air

How to Get the Best Routes with Citymapper on Apple Watch

How to Connect Your AirPods to Apple TV

How to Get Facebook Messenger on Apple Watch [2 Ways]

3 Ways to Delete Playlists on Your iPhone

How to Add and Activate ESPN on Apple TV